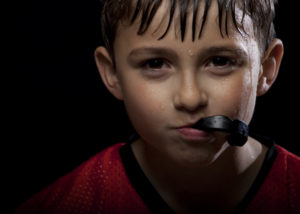 My toddler struggled to buckle the straps on her high chair. “Almost,” she muttered as she tried again and again. “Almost,” I agreed, trying not to hover. When she got it, I exclaimed, “You did it! It was hard, but you kept trying, and you did it. I’m so proud of you.”
The way I praised her effort took a little effort on my part. If I hadn’t known better, I might have just said, “Clever girl!” (Or even “Here, let me help you with that.”) What’s so bad about that?
Stanford researcher Carol Dweck has been studying motivation and perseverance since the 1960s. And she found that children fall into one of two categories:
Those with a fixed mindset, who believe their successes are a result of their innate talent or smarts
Those with a growth mindset, who believe their successes are a result of their hard work
Fixed mindset: ‘If you have to work hard, you don’t have ability.’
Kids with a fixed mindset believe that you are stuck with however much intelligence you’re born with. They would agree with this statement: “If you have to work hard, you don’t have ability. If you have ability, things come naturally to you.” When they fail, these kids feel trapped. They start thinking they must not be as talented or smart as everyone’s been telling them. They avoid challenges, fearful that they won’t look smart.
Growth mindset: ‘The more you challenge yourself, the smarter you become.’
Kids with a growth mindset believe that intelligence can be cultivated: the more learning you do, the smarter you become. These kids understand that even geniuses must work hard. When they suffer a setback, they believe they can improve by putting in more time and effort. They value learning over looking smart. They persevere through difficult tasks.
What creates these beliefs in our kids? The type of praise we give them — even starting at age 1.
The research
In one study, Dweck gathered up fifth graders, randomly divided them in two groups, and had them work on problems from an IQ test. She then praised the first group for their intelligence:
“Wow, that’s a really good score. You must be smart at this.”
She praised the second group for their effort: (The way we do it in martial arts)
“Wow, that’s a really good score. You must have tried really hard.”
She continued to test the kids, including presenting them with a choice between a harder or easier task.
Kids praised for their effort tended to take the challenging task, knowing they could learn more. They were more likely to continue feeling motivated to learn and to retain their confidence as problems got harder.
Kids praised for their intelligence requested the easier task, knowing there was a higher chance of success. They lost their confidence as problems got harder, and they were much more likely to inflate their test scores when recounting them.
Later, Dweck and her colleagues took the study out of the lab and into the home. Every four months for two years, Stanford and University of Chicago researchers visited fifty-three families and recorded them for ninety minutes as they went about their usual routines. The children were 14 months old at the start of the study.
Researchers then calculated how often parents used each type of praise: praising effort; praising character traits; and “other praise” that has a neutral effect, like “Good!” and “Wow!”
They waited five years.
Then the researchers surveyed the children, now 7 to 8 years old, on their attitudes toward challenges and learning. Children with a growth mindset tended to be more interested in challenges. Which kids had a growth mindset? Those who had heard more process praise as toddlers.
I give more examples of ways to praise effort in my book, Zero to Five: Parenting Tips Based on Science.
Can you unfix a fixed mindset?
I got an email from an inner-city high school teacher. “Is it too late to learn algebra, or third-person singular conjugation, or rocket science if you didn’t [develop a growth mindset] when you were 4 years old?” she asked.
Dweck had the same question. So she took middle-schoolers and college students who had fixed mindsets. She found that the students were able to improve their grades when they were taught that the brain is like a muscle: intelligence is not fixed.
It’s not too late — not for your kids, and not for you. Salman Khan of Khan Academy is on a mission to let you know it. He created an inspiring video, based on Dweck’s work, titled “You Can Learn Anything”:
The message: The brain is like a muscle. The more you use it, the stronger it gets. The way you exercise your brain is by embracing challenges, practicing skills, learning new things. As Khan puts it, “the brain grows most by getting questions wrong, not right.”
Which is why, when my toddler was trying to snap her own buckle, I needed to encourage her to take on the challenge by saying, “Almost!” and “Try again” instead of “Here, let me do that for you.”
Pass it on
Sharing is caring, as they say. “If society as a whole begins to embrace the struggle of learning, there is no end to what that could mean for global human potential,” Khan writes.
So pass it on!